In the Middle East and North Africa (MENA), the financial technology sector, or fintech, is coming of age with regulators and governments across the region thinking more deeply about the impact that fintech companies will have on the broader economy.

Over the past decade, fintech startups in the region have raised over $100 million in funding, and investment is predicted to double by 2020, according to the State of Fintech report. Disclosed investment in fintech had jumped 100% to over $35 million by October 2017 — Paytabs ($20million), Souqalmal ($10 million) and Beehive ($5 million) — compared to $18 million last year.  The number of fintech startups also increased from 46 in 2013 to 105 in 2015. It is estimated that it will more than double again to 250 by 2020, according to the report.

It’s easy, however, to get bogged down in statistics and overlook the market forces driving these figures. Aside from the fact that the sector encompasses every tech startup active within the financial services industry, beyond the ones that specialize in online payments or money transfers, e-commerce in the region is set to quadruple until the end of this decade. Additionally, despite the ubiquity of smartphones and internet connectivity, 86% of the adult population in the region is unbanked, while three in four GCC bank customers are ready to switch banks for a better digital experience.

Boosting financial inclusion is crucial for economic diversity and growth across the region. Moussa Beidas, co-founder of Dubai-based startup Bridg, which allows smartphone-to-smartphone payments using bluetooth, says fintech has become an innovative way to bridge the divide and provide cheaper services to the unbanked.

“Although it is challenging to provide financial services in a cash reliant ecosystem because legacy financial institutions require all customers to be ‘banked’ in order to legally offer financial services, fintech is paving the way for a less black and white reality,” says Beidas. “Instead of forcing customers to be banking clients, fintech focuses on the customer experience by solving challenges one step at a time, thereby breaking down the ‘cocktail’ approach banks tend to follow. It has the ability to run lean customer-driven businesses and still leverage a bank’s processing, issuing and acceptance systems.”

Put simply, fintech is a huge sector that is ripe for disruption, and could become as great a force in the Middle East as oil, according to Abdulaziz Fahad Al Jouf, founder and CEO of PayTabs, a Saudi-based payment processing startup.

“In the Middle East, fintech will emerge as one of the strongest sectors of the economy,” says Al Jouf. “Saudi Arabia’s 2030 vision, which aims to reduce the dependency on oil revenues and diversify the economy by empowering small and medium enterprises, has opened up more opportunities for fintech.” 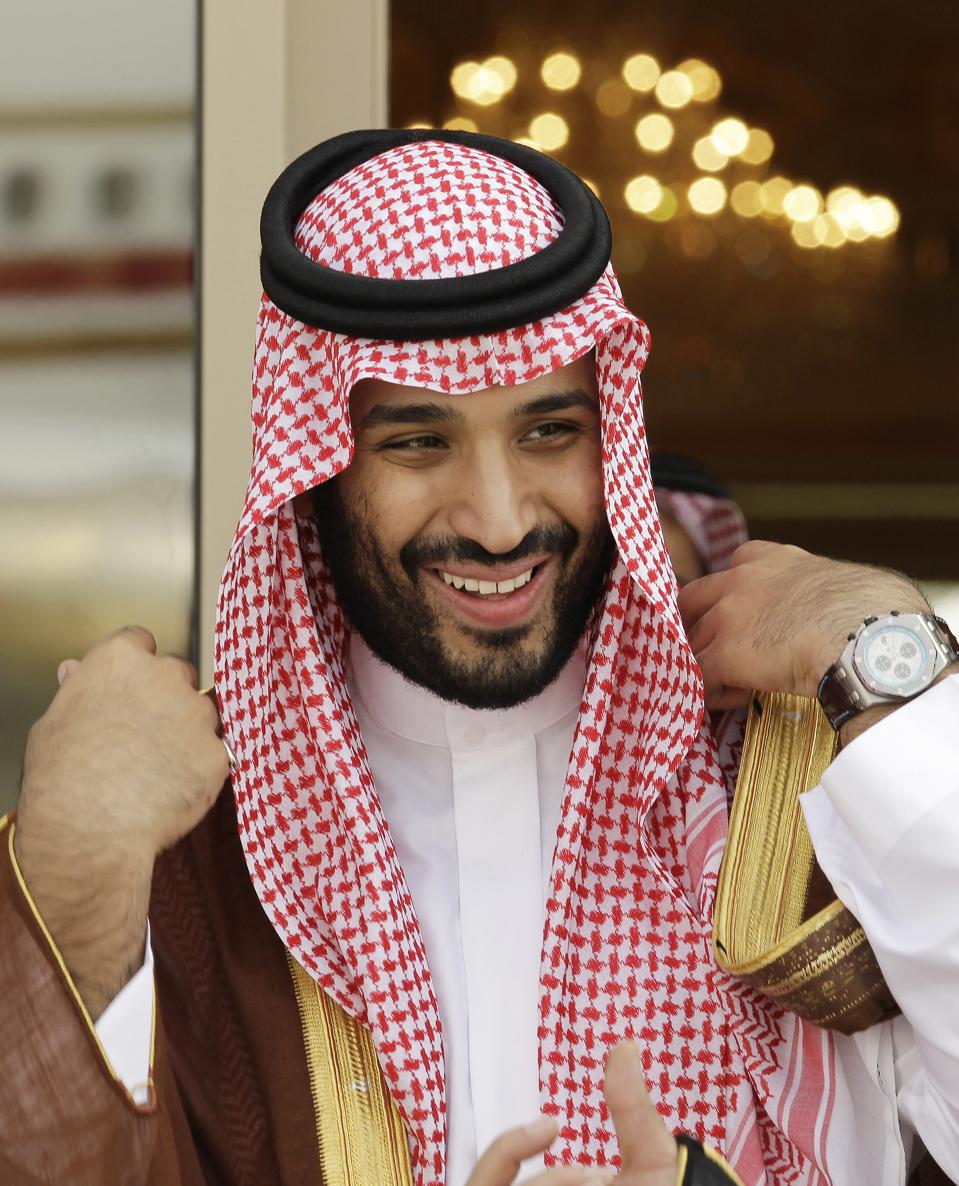 In May, Prince Mohammed bin Salman announced the Vision 2030 plan and called on Saudis to work together ensure its success. (Photo credit AP).

Thanks to this belief, new fintech startups are popping up every month, with some embracing emerging technologies such as blockchain. Newly-launched Dubai-based Verify is one such startup. “There’s a unanimous agreement that blockchain is going to have a massive impact on the fintech space. The technology is trustworthy and allows transactions without any risk to either party,” says Yazin Alirhayim, co-founder of Verify.

Home to the largest fintech sector in the region, Dubai, the world’s 18th-largest financial center, has seen a surge of interest from fintech startups and banking assets because of its location, private investment and innovation. In November, Dubai International Financial Centre (DIFC) launched a $100 million fintech-focused fund and signed an agreement with the Monetary Authority of Singapore to undertake joint fintech projects. In August, Hong Kong’s Securities and Futures Commission entered into a cooperation agreement with the Dubai Financial Services Authority (DFSA) to establish a framework for the two regulators to help each other develop the fintech industry.

Not surprising, then, over 80% of large financial institutions fear their business is at risk from new fintech players, according to a PwC survey. Therefore, it’s critical, Beidas says, for companies to co-operate and create a supportive ecosystem. “Banks in the Middle East are notorious for stifling fintech growth due to lack of understanding. Now that regulators such as DIFC and DFSA and governments across the region are taking a more active role in nurturing fintech infrastructure, banks must respond better and invest in the ecosystem, which will ultimately benefit them in the long run.”

Although it’s hard to draw a conclusion if banks are collaborators or competitors to fintech startups, Alirhayim says, “Some banks realize there’s potential as well as risk to their fundamental business model, but those that fail to collaborate and adapt will perish with the tides of the change.”

Interestingly, Islamic banks are enthusiastic about the prospects and are investing in digital initiatives, according to a recent EY report, a consultancy. “Fintech’s penetration into Islamic finance is still in its nascent stage, however, it could help Islamic banks become more efficient and scale up their operations,” says Al Jouf.

“Traditional banking as it is known today will disappear in few years’ time,” he adds.

In this environment, the region’s financial institutions are compelled to transform and keep pace with the rapidly evolving fintech industry — a sector that is talent-rich,  has plenty of funding, while businesses and consumers are hungry for innovative products.

COVID-19 gives African ed-tech a shot in the arm, but more needs to be done

What needs to be done to build technology ecosystems across Africa