Nigerian creates device that can detect explosives and cancer cells

A Nigerian start-up founder has created a device that he says can be used to detect the smell of explosives and even cancer cells.

A Nigerian start-up founder has created a device that he says can be used to detect the smell of explosives and even cancer cells.

The device, called Koniku Kore, is the first to fuse live neurons from mice stem cells into a silicon chip.
Oshi Agabi said: “We merged synthetic neurobiology with traditional silicon technology with the goal of fixing urgent real world problems.”
Silicon Valley-based Agabi unveiled his invention at TEDGlobal conference in Tanzania on Sunday and says it could one day revolutionize airport security, enabling travelers “to walk from their car to the aircraft.”
“One of the problems that plagues us right now is security,” he tells CNN. 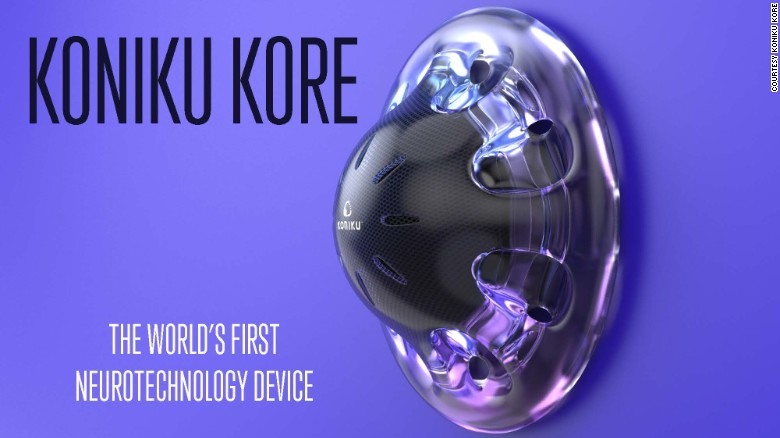 Koniku Kore, a new device that may be able to detect explosives and cancer cells.
“Explosives have particles and smells coming off the individual and with our device you can tell, without requiring line of sight or contact, you can scan them at the time at a place of your own choosing and you can get into an aircraft and go about your business.”
The invention could also be used to sniff out illnesses in the same way dogs can detect cancerous cells via smells.
“In the same way that a dog is able to detect if someone has prostate cancer, the real question we ask is ‘how does a dog do it?’ We can clone that process on our chip, so yes in the same way that a dog can detect diseases or explosives at an airport, it’s a sensory system, that is essentially what we recreate in our chip,” Agabi says.
Koniku, which means ‘immortal’ in the Nigerian Yoruba language, started in 2015 and has already raised $8 million in revenue, according to the founder Agabi.
“We believe quite strongly that it’s going to be run with biological brains that are made with synthetic biological neurons. That is the declared intention of our company: to build a brain.”
Addressing ethical concerns and implications of creating humanoid devices, Agabi says: “I think it’s unethical not to deploy any resources we have to fight terrorism. It is the urgent problem that we face as a species.”
“That’s not to say that we shouldn’t be careful of bio-integrity,” he adds.
A self-described “scrawny, nerdy kid,” Agabi grew up in the suburb of Surulere in Lagos, Nigeria and obtained a Bachelors degree in Physics from University of Lagos.
He went on to do further studies in physics and neuroscience in Sweden and Switzerland.
“One of the things growing up in Lagos imparts in you is grit,” he says. “Lagos is a place that demands grit. Growing up there gave me an unconventional way of always looking at problems.”
Credit: CNNAfrica
Tags: Nigeria

SA’s Planet42 raises $10m in debt round to scale internationally